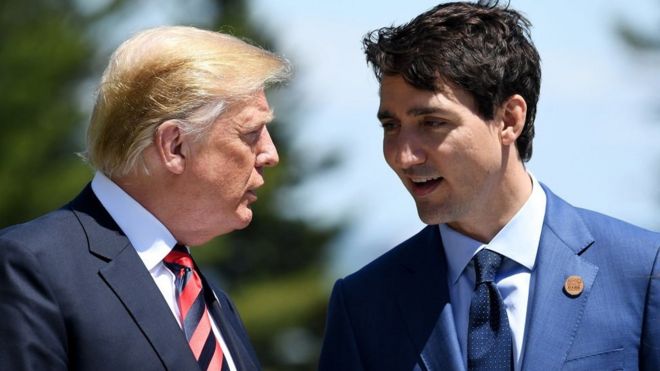 “Today, Canada and the United States reached an agreement, alongside Mexico, on a new, modernized trade agreement for the 21st Century: the United States-Mexico-Canada Agreement (USMCA). USMCA will give our workers, farmers, ranchers, and businesses a high-standard trade agreement that will result in freer markets, fairer trade and robust economic growth in our region. It will strengthen the middle class, and create good, well-paying jobs and new opportunities for the nearly half billion people who call North America home.

“We look forward to further deepening our close economic ties when this new agreement enters into force.

“We would like to thank Mexican Economy Secretary Ildefonso Guajardo for his close collaboration over the past 13 months.”